This massive collaboration lit the touch-paper on an explosive run of moves that saw them blaze through 2017 with more momentum than ever. Release-wise, there’s a strong theme of collaborations running throughout the year: ‘Complicated’, with fellow mainstage maestro David Guetta, has been the chill ballad of choice for many an airwave jockey and has amassed over 30,000,000 plays on Spotify alone, while their follow-up single ‘Crowd Control’ reminds us of Dimitri and Mike’s roots as vibrant banger merchants.

The single, a collaboration with W&W, has generated some of the craziest antics they’ve ever pulled in their live shows as they get their crowds to jump left and right to the track’s militant riff — with a view to causing an earthquake! This visually impressive and crowd-uniting tactic has now gone viral, with many of their peers creating similar crowd-created earthquakes.

Some of the most insane ‘Crowd Control’ moments for the brothers this year have been the two weeks headlining Tomorrowland, the global mega-festival they’ve worked with and been the face of since 2010, and a historic closing finale at Hungary’s Sziget festival to a crowd of 80,000 revellers. “We’ve smashed many major festivals worldwide again,” they grin. “But one of the biggest highlights, besides Tomorrowland and Sziget Festival, was kicking off our new residency at Ushuaia Ibiza called Garden Of Madness.”

The 10-date run at the Ibiza hotspot saw Dimitri and Mike return to their club roots with an all-star cast of friends such as Lost Frequencies, Nervo, Steve Angello, Steve Aoki and Marshmello. Complete with their residency at the similarly hot Las Vegas venue Wynn, it’s clear the brothers have had both festivals and nightclubs rumbling throughout the year. And if that’s not enough, somewhere amid this epic schedule of commitments they also found time to make their acting debut. 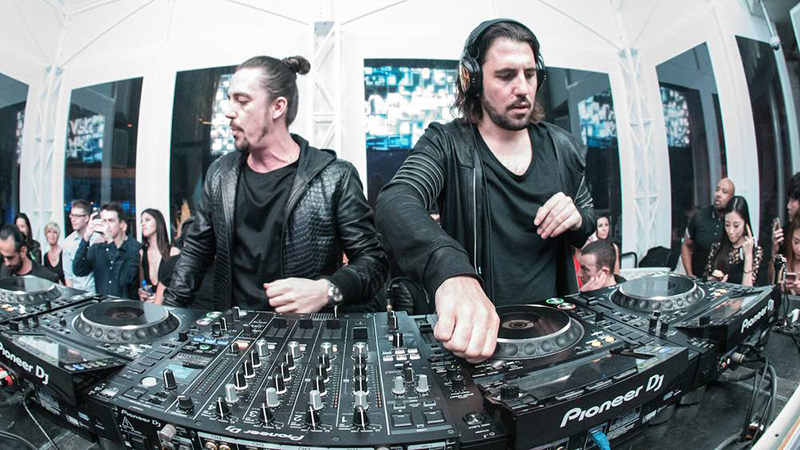