Armin van Buuren OON is a Dutch DJ, record producer and remixer from South Holland. Since 2001, he hosts the A State of Trance radio show, which is broadcast to more than 37 million weekly listeners in 84 countries on over 100 FM radio stations.

While Martin Garrix may have once again won the title this year, when it comes to long-term success in the Top 100 DJs, every other DJ in the poll could learn a thing or two from Armin van Buuren. Now 40 years old — but still looking and sounding as fresh as DJs half his age — Armin marks his 16th appearance in the chart in 2017.

Moving back up one spot into the top three reflects yet another momentous year for the trance legend. Top of the agenda was celebrating 20 years as a DJ and producer, and Armin tells DJ Mag his personal highlight was, of course, marking the occasion with two massive sell-out performances at the Amsterdam ArenA in May (becoming the first DJ to hold a solo show at the venue in the process).

This year, however, Armin brought the broadcast bang up-to-date by streaming full video versions from a custom-built radio studio at his Armada label’s office in Amsterdam.

So 16 years in and it looks like Armin van Buuren isn’t going to be slowing down anytime soon. Still at the top of his game, he’s still adored by legions of fans — and, here at the DJ Mag offices, we have to admit we’ve got a bit of a soft spot for him too… 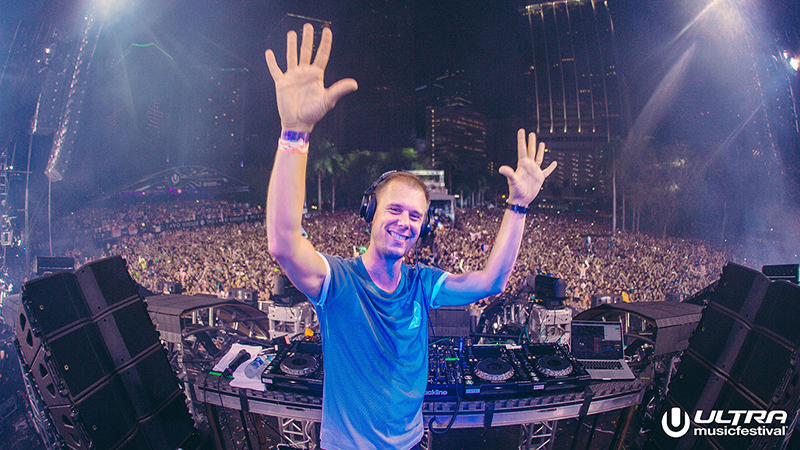