Martijn Gerard Garritsen, known professionally as Martin Garrix, is a Dutch DJ, record producer and musician from Amstelveen. He was ranked number one on DJ Mag’s Top 100 DJs list for 2016 and 2017.

Last year, Martin Garrix made history when he became the youngest ever winner of the Top 100 DJs poll. Having rapidly climbed the chart over the past few years, he pipped legendary winners such as Tiësto, Armin van Buuren and Hardwell to the top spot, and knocked Dimitri Vegas & Like Mike off the throne. At the time there was a feeling that 2016 wouldn’t be the last time the young Dutchman claimed the title — there was a buzz about him that nobody else could really match, an ability to traverse the line between dance music and pop that nobody else could achieve quite as well — and now, a year on, he’s proved that hunch correct. Martin Garrix is still the world’s number one DJ.

The G Man followed this up with a number of other hits throughout 2017, including ‘There For You’ with Troye Sivan, his first solo track for over a year, ‘Pizza’, and a collab with David Guetta called ‘So Far Away’, which features vocals from Ellie Goulding and James Arthur.The latter two tracks were premiered at Belgian EDM haven Tomorrowland, which Garrix headlined, naturally, and even debuted his new alter-ego YTRAM (read it backwards).

In September, he took total control of his own career when he won back the rights to all the music he’d signed to former label Spinnin’ Records and MusicAllStars Management (including the track that made his name, ‘Animals’). “I am happy with this outcome, not only for myself but also for all other DJs/producers out there, since this case was not only about me, but about all of us artists,” he said in a statement at the time.

And Garrix’s 2017 hasn’t all been about him by a long way, with the Dutch star using his influence and profile to do good through his charity connections. He’s not only been supporting an SOS Children’s Village in South Africa (a charity helping build homes and find families for orphans around the world), but has also worked closely with War Child to raise money for young people affected by conflict.

All-in-all a pretty good year for a pretty good guy, then. But, of course, we couldn’t tell it as well as Garrix himself could, so over the next few pages, he’s put together a list of his top moments from the past 12 months.

“It’s a huge honour for me to have been voted No.1 DJ for the second time,” he tells DJ Mag. “I’m just really thankful for all the people who took the time to vote.” Congrats Marty! 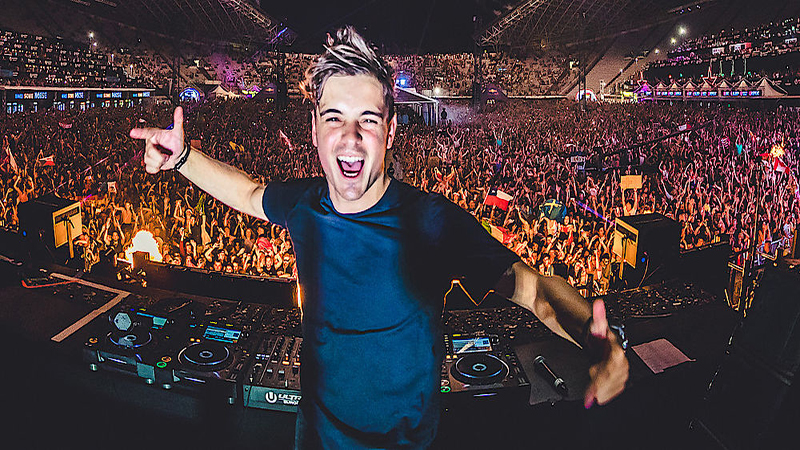