Emily Sears is a model who has been featured on magazine covers since she began her career in Australia. When she’s not hiking or drinking lattes, you can find her on Snapchat giving practical dating advice. 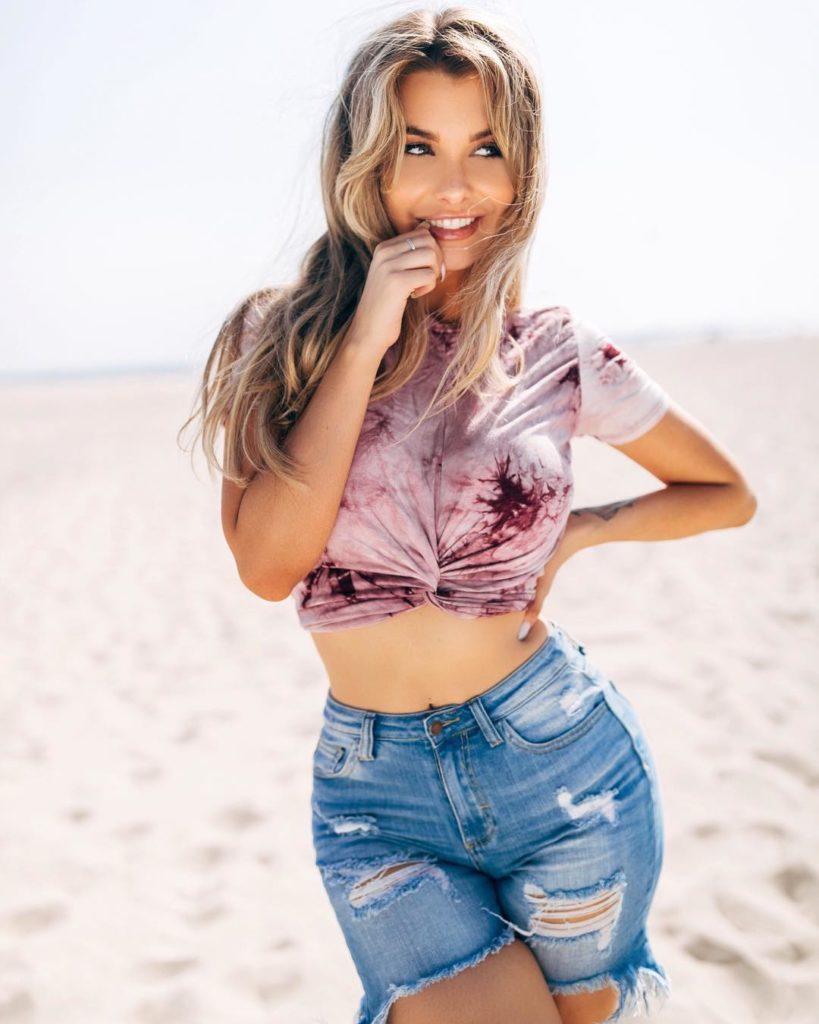 As a social media influencer, she encourages conversation via the content she creates. Emily shares body positive images with millions of followers and supports others to have the confidence to seek out healthy relationships. Through her efforts, she’s witnessed a ripple effect of kindness and self-acceptance in her interactions with others.

Emily grew up in a family of very practical and resilient Australian women, providing her with a grounded no fuss attitude, an off beat sense of humor and the fight it takes to be successful through rejection and ramen noodle diets.

Social media empowers women to represent themselves how they want, as opposed to what industries may demand. These avenues have proven that every body type is beautiful. As a curvy model, Emily has been able to redirect her career with the power of social. People now control what is popular in the world, and she’s humbled to have the opportunity to influence others to direct their own paths.

Emily is also available for event and spokesmodel work, and has represented the following brands among others for events and appearances: ESQUIRE MAGAZINE, CIROC, NAVEN, STRIKEFORCE MMA, KUHMO TIRES, COMFORT REVOLUTION, TWO IN THE SHIRT, MONSTER ENERGY, MANEATER SWIMWEAR

Emily has also appeared in a variety of TVC and music video roles including national campaigns and internationally renowned music artists worldwide.