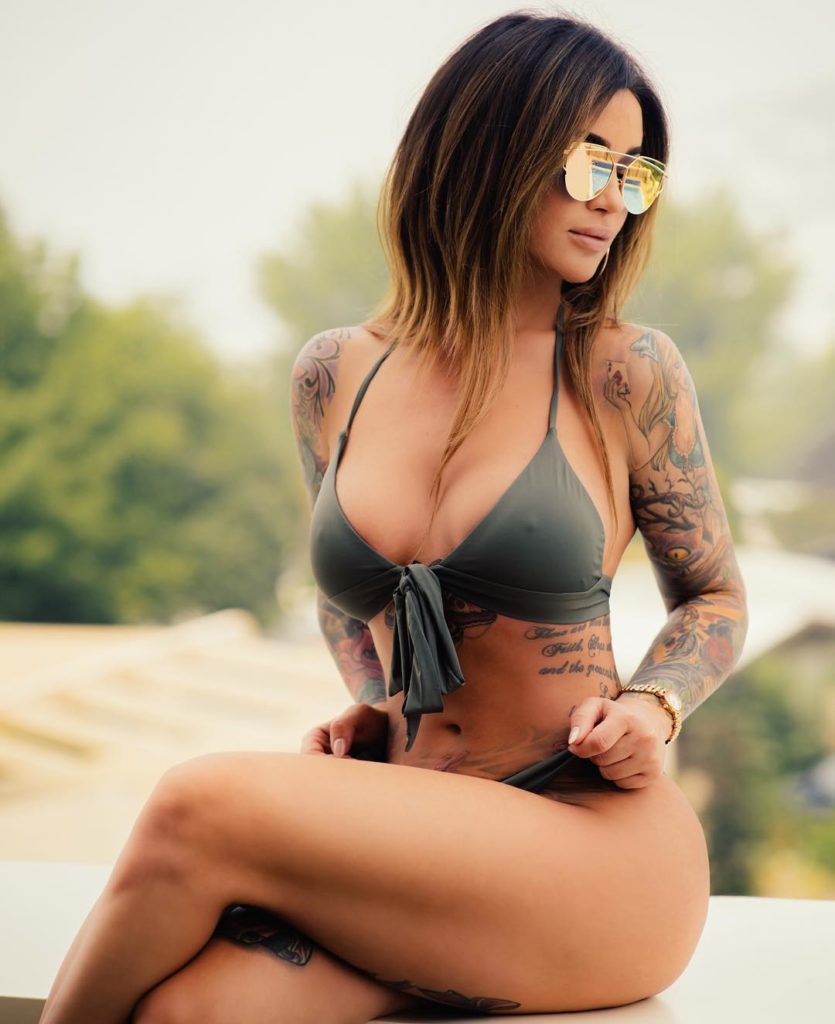 ABOUT JESS
Jessica started her modeling career in 2015 when she landed the cover of INKED Magazine.

Since then she has gone on to grace the covers of every major tattoo related publication.

Discovered from her Instagram and YouTube channel where she regularity posts comedic and lifestyle videos of her choosing, not taking herself too seriously has paid off for her. Recognized for her goofy personality she has gained much exposure and has brands eager to work with her.

Jessica also writes column in every issue of INKED Magazine called “Wilde About Sex” So naturally she was first in mind when INKED Magazine launched their “Cover girl Competition” Which she is now the face and host of.

Growing up in a small town in Canada has not stopped Jessica from aspiring to her goals. She opened a tattoo studio “Inked Cosmetíc” beginning of 2017 in her hometown of Kelowna, BC and still continues to travel for events, photoshoots and conventions.