Join us before the film for red carpet entrances. Q&A after the feature with director Jose Angel Henrickson, actor-executive producer Alejandro De Hoyos and producer-actress Yeniffer Behrens. Evening concludes with a cocktail reception. 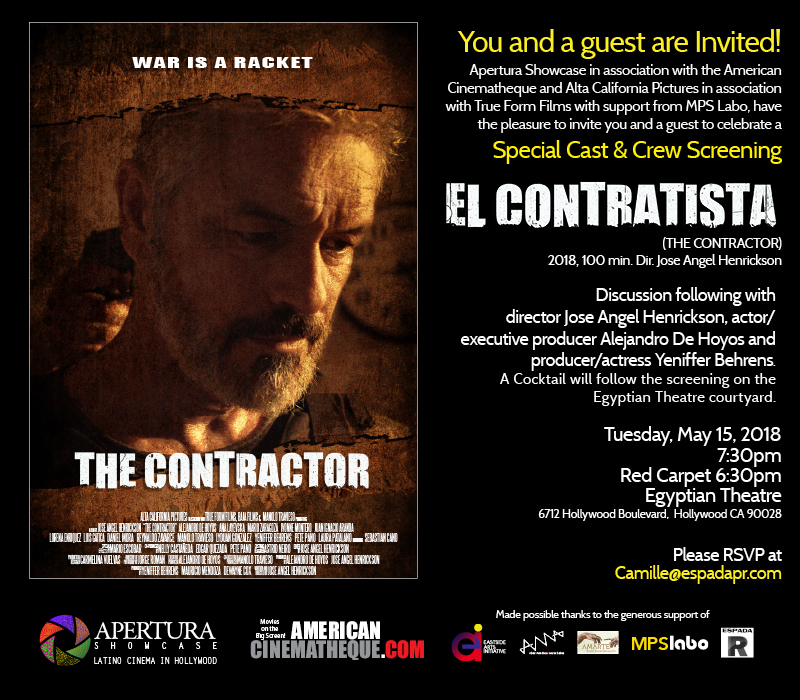 EL CONTRATISTA / THE CONTRACTOR – 2018, 100 min, USA
After reading an obscure but powerful book titled War is a Racket, ex-military private contractor Cano (Alejandro De Hoyos) is forced to question his entire career. But redemption may come with his latest assignment; he and his team are in Mexico protecting the life of young Erasmo (Sebastián Cano). The boy’s family was murdered, presumably by a drug cartel in retaliation for articles published in his father’s newspaper. The sole survivor of the killings, Erasmo has withdrawn to his room, where he plays violent video games all day – and returning him to school will prove more dangerous than Cano could imagine.