Pierre David Guetta is a French DJ, songwriter, record producer and remixer who has sold over nine million albums and thirty million singles worldwide. In 2011, Guetta was voted as the number one DJ in the DJ Mag Top 100 DJs poll.

For the last two decades, DJ/producer and showman David Guetta has been one of the biggest names in dance music. Whether you’re an EDM devotee or an underground raver there’s little doubt you have heard of the ubiquitous Frenchman, who’s been holding his Ushuaia residency for the last few years in Ibiza, alongside regularly topping the charts with a slew of hit singles and pop-fuelled remixes.

Guetta is equally focusing his attention on his Ushuaia residency, something he’s been working on for the last six years. Simply titled BIG, it’s an apt name for a party that seeks to combine high-spec, big budget production with Ushuaia’s EDM-leaning clientele, with Guetta describing BIG as more of a David Guetta concert than an actual club-night.

Now that the 2017 season has wrapped, fans won’t have to wait long for more new music from the EDM producer, with news surfacing that Guetta is working on a new album due out next year. The LP will be the follow-up to his last album, ‘Listen’, which dropped three years ago, and Guetta has also confirmed his new collaboration with controversial pop singer Justin Bieber, titled ‘2U’, will be included.

Given Guetta’s track record for pumping out chart-topping hits, there’s little doubt that what’s coming next will delight EDM fans on the island and beyond. 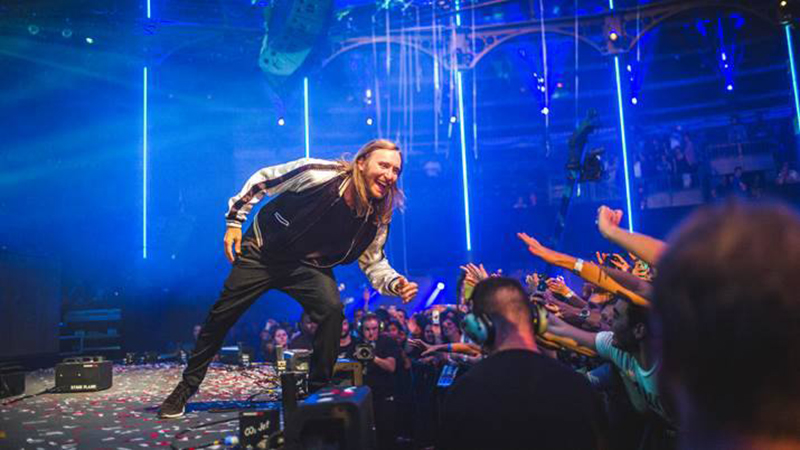